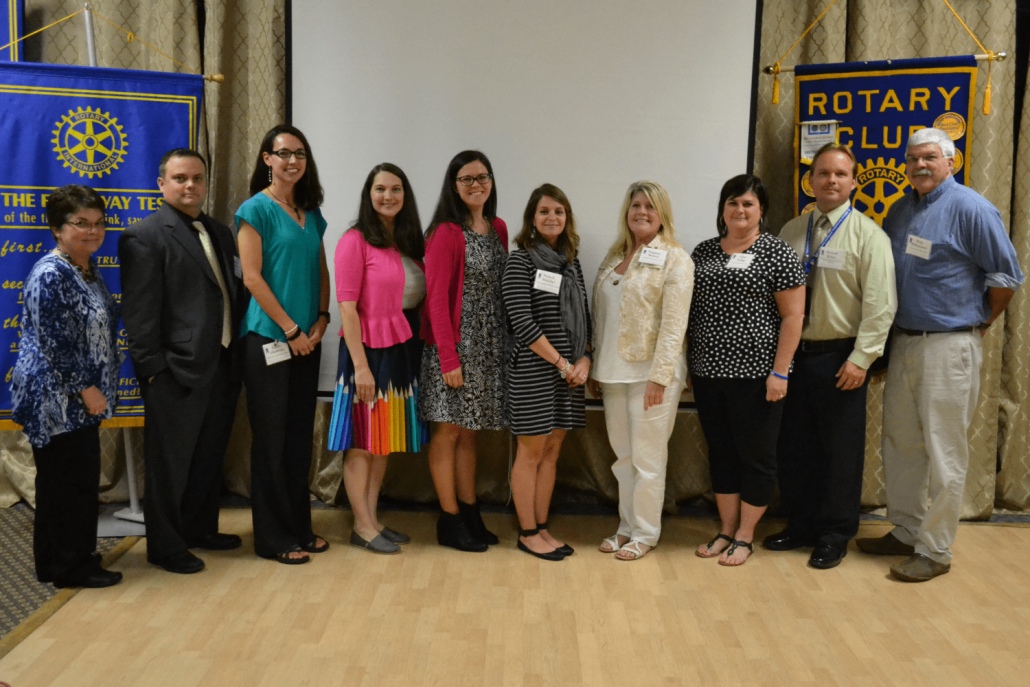 Awards were presented at the regular Monday meeting of the Rotary Club. Beth Yelverton of Ottobine Elementary School was honored for her work with the economic literacy reading program, “Reading Makes Cent$,” sponsored by Virginia 529.

The overall winners were